Not Long to Go Until Armed Forces Week…

Not Long to Go Until Armed Forces Week… 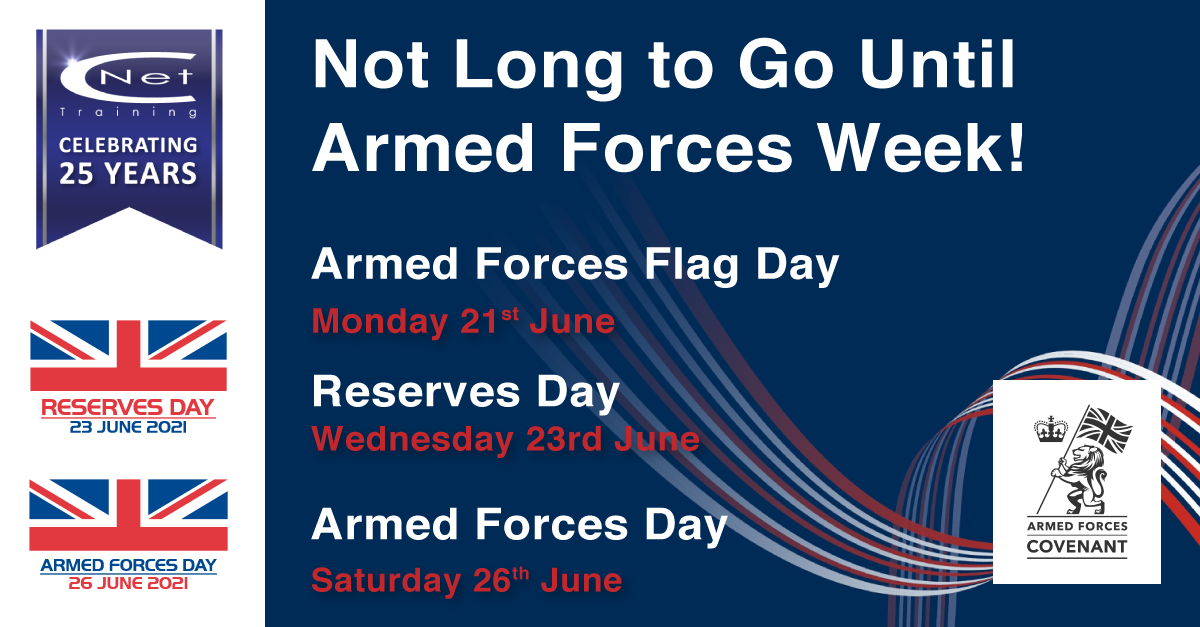 Starting on Monday 21st June, Armed Forces Week is a chance to celebrate and show support for the men and women who make up the Armed Forces Community: from currently serving Troops to Service Families, Veterans, Reservists, Cadets and Cadet Force Adult Volunteers.

Throughout the pandemic, the Armed Forces support has ranged from driving ambulances to airlifting medical supplies to building NHS Nightingale hospitals. The work of Armed Forces Doctors and Nurses has been instrumental in supporting the NHS. Reservists and Regulars alike have found themselves deployed across the UK and beyond to support the government’s response to COVID-19, including logistical planners supporting councils rolling out testing programmes, drivers, engineers and musicians who have been deployed to support testing sites, and many more.

Reserves Day will take place on Wednesday 23rd June to recognise the valuable contribution Reservists make to the Armed Forces.

Armed Forces Day on Saturday 26th June is a chance for everyone to show support for the men and women who make up our Armed Forces.

There are lots of ways to get involved – click here to find all the information you need and help pay tribute to the Armed Forces Community.