Gold Covenant awarded to CNet Training by the Ministry of Defence

Gold Covenant awarded to CNet Training by the Ministry of Defence 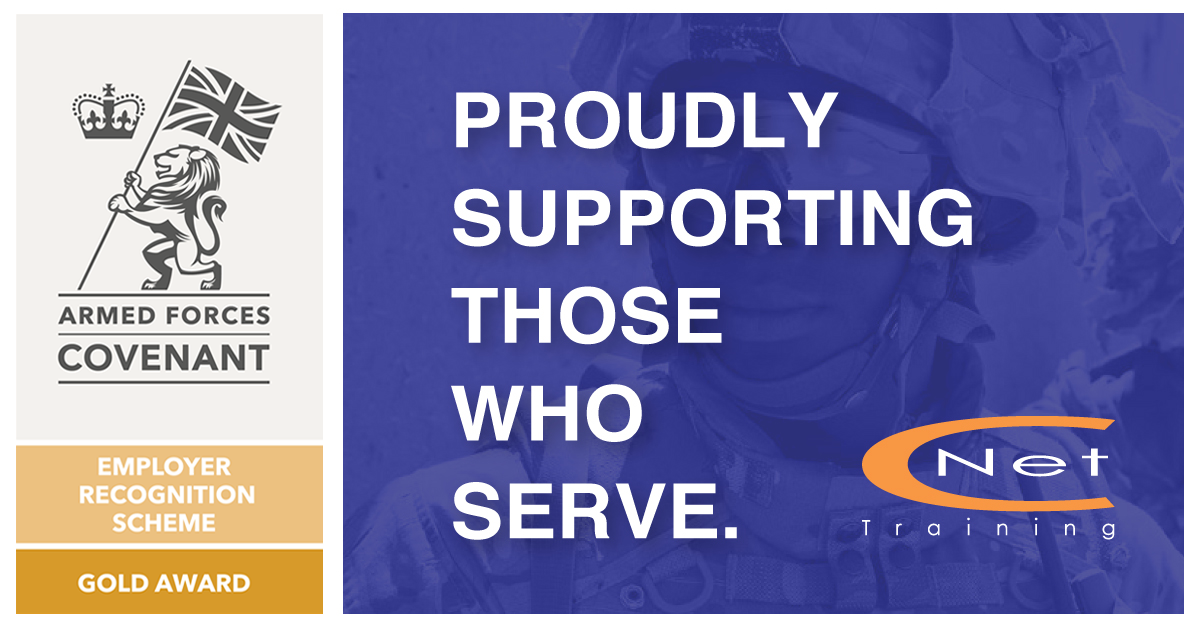 In an announcement today from the UK Ministry of Defence, CNet Training (CNet), the global leaders of technical education for the digital infrastructure industry, were awarded with the Gold Covenant by the Ministry of Defence in this year’s Employer Recognition Scheme (ERS).

The ERS recognises organisations across the UK who have an on-going commitment to the armed forces community. Businesses and charitable organisations sign a written and publicised voluntary pledge which is known as an Armed Forces Covenant. There are three levels, Bronze, Silver and Gold, with the latter level only being awarded to those who have previously achieved Silver.

In being awarded with the prestigious Gold Covenant, CNet has shown that as an organisation they are exemplar within the Digital Infrastructure Industry and their support as an employer to Armed Forces Leavers through their training programs and internal HR processes, proactively demonstrating their forces-friendly credentials as part of their recruiting and selection processes. As a company they have several ex-Forces members and Reservists as part of their workforce.

Clint Sherratt, Technical Developer at CNet Training, said, “I have been working for CNet Training for the past two years, having served with the R Signals for 24 years. Being ex-Forces, it is fantastic to be able to work for a company that is so supportive of the Armed Forces. Not only with the support to their own staff and their active Reservists; but also, in providing robust resettlement training programs and career support for Service Leavers and ex-Forces members. 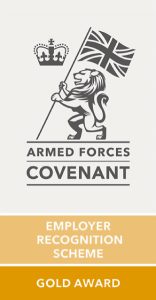 “I feel proud of the fact that CNet’s efforts have been recognised by gaining the Gold Covenant. I find being able to share my knowledge, experience and personal journey in transitioning from the Armed Forces to a career in the Digital Infrastructure Industry with others is very satisfying, and I am thankful CNet gives me the opportunity to do this.”

Over the last 25 years CNet has educated thousands of service leavers, providing them with the necessary skills, hands-on experience and sought-after qualifications needed to enter the network infrastructure and data centre sectors (the digital infrastructure industry). This award acknowledges the company’s longstanding commitment to supporting members of the armed forces, not only during their service but throughout their resettlement.

Andrew Stevens, CEO of CNet Training, said, “We are incredibly proud and honoured at being awarded with the Gold Covenant in the Defence Employer Recognition Scheme. CNet have been supporters of the Armed Forces since we started in 1996. As a company we strongly believe that the experience gained throughout military careers can bring a variety of transferable skills and qualities to the civilian workplace and are especially valuable in working across the network infrastructure and data centre sectors.”

He continues, “Congratulations to all the organisations across the UK who have received their Defence Employer Recognition Scheme award. We look forward to celebrating with them at the award ceremony the Honourable Artillery Company in London in November.”

Minister for Defence People and Veterans, Leo Docherty MP, comments, “I would like to thank all the organisations who have proven their support for the Defence community during such unprecedented and challenging times. The vast range of those represented this year demonstrates how employing the Armed Forces community makes a truly positive and beneficial impact for all employers, regardless of size, sector or location.”

Find out more about CNet’s support for the Armed Forces Community here.