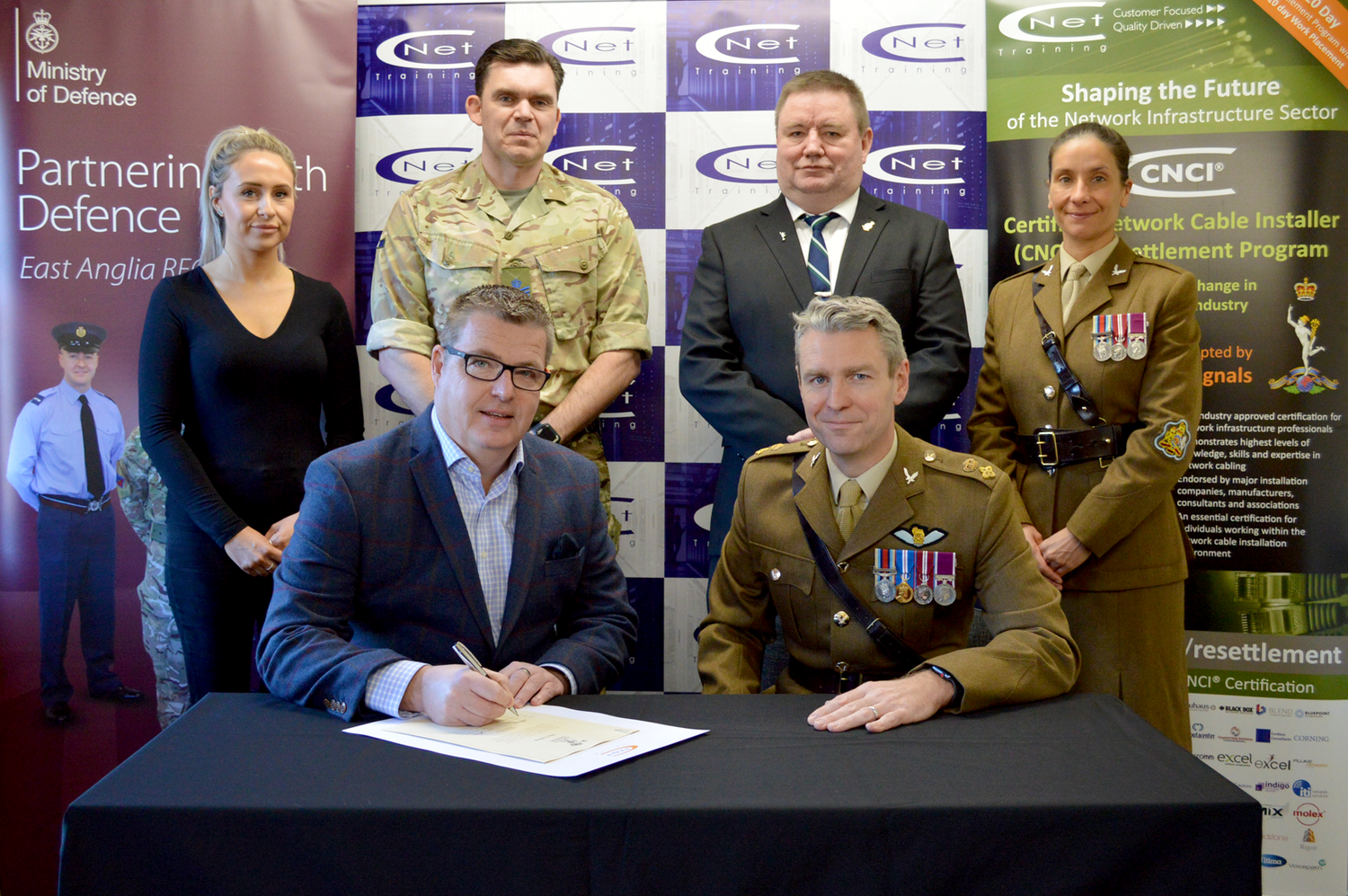 CNet Training, the global leader in technical education for the digital infrastructure industry, has pledged to support the armed forces community by signing the national Armed Forces Covenant.

Signing the Armed Forces Covenant is a promise from CNet to actively support the armed forces community and ensure they are treated with fairness and respect in the communities, economy and society are not disadvantaged in their day-to-day lives.

CNet has a longstanding commitment to supporting the armed forces during their time in the armed forces and throughout their resettlement. Since 1996, CNet has educated thousands of service leavers, providing them with the skills, hands-on experience and sought-after qualifications to enter the network infrastructure and data centre sectors (the digital infrastructure industry).

CNet recognises the value serving personnel, reservists, veterans and military families bring to our business. CNet will seek to uphold the principles of the Armed Forces Covenant by pledging to support the employment of veterans young and old and working with the Career Transition Partnership (CTP), in order to establish a tailored employment pathway for service leavers. CNet will also continue to promote that is it is an armed forces-friendly organisation, it will encourage ex-military talent to apply for roles at CNet Training and encourage existing and ex-military talent to participate in CNet’s technical education programs to support their career path once leaving the armed forces.

Andrew Stevens CEO and President of CNet Training, says, “CNet has always supported those who have served and who are currently serving and all those connected with the armed forces. We strongly believe the experience gained in the armed forces provides key transferable knowledge, skills and disciplines to work across the network infrastructure and data centre sectors, plus attributes that can be of huge value to businesses.  CNet employs many ex-forces personnel as expert Instructors who deliver our technical education programs across the globe. We really enjoy contributing to the new careers of forces leavers and look forward to hearing more career success stories in the future. We are tremendously proud to sign the Covenant as part of CNet’s continued commitment to supporting the armed forces and their families.”

Kristina Carrington, East Anglia Reserve Forces and Cadets Association’s regional employer engagement director, said: “This is a great way for businesses and organisations to publicly declare their support to Defence.  I invite every employer to consider making the pledge and reap the benefits of recruiting individuals with military experience.”

To find out more information on CNet’s resettlement program, please go to – https://www.cnet-training.com/programs/resettlement/

To find out more information about the Armed Forces Covenant, please go to – https://www.armedforcescovenant.gov.uk/